Our Lives On The Line 25

Hove is to lose one of our two fire engines. The Fire Authority didn’t announce this to residents, it was discovered by Argus journalist Neil Voles. 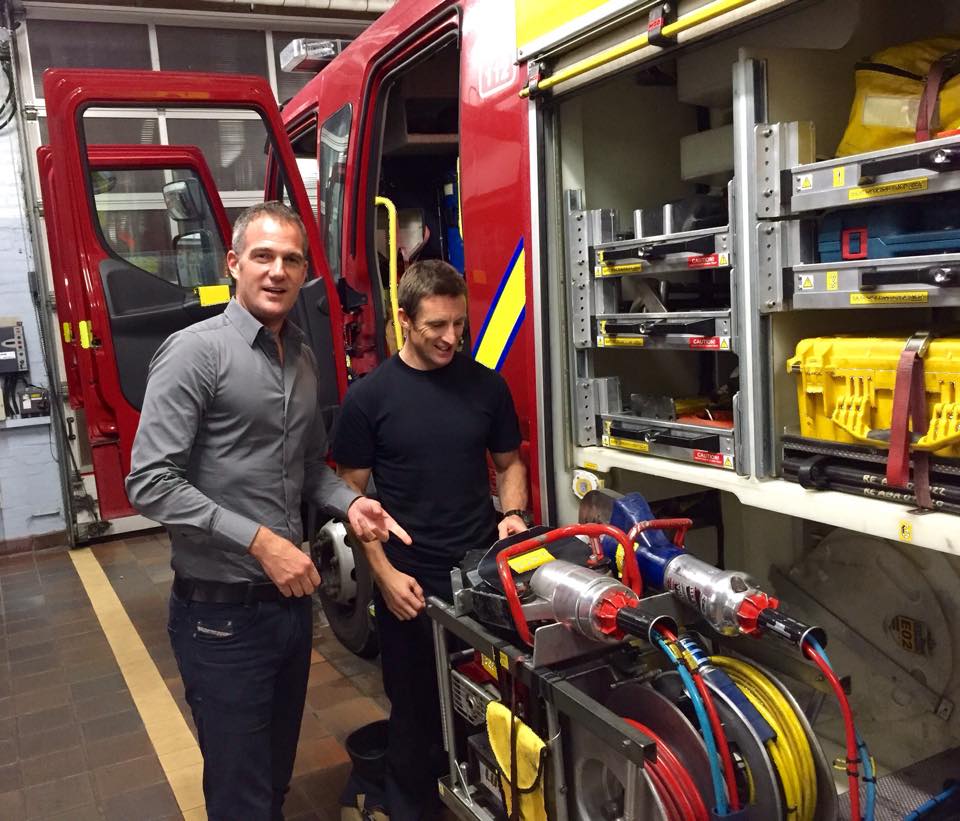 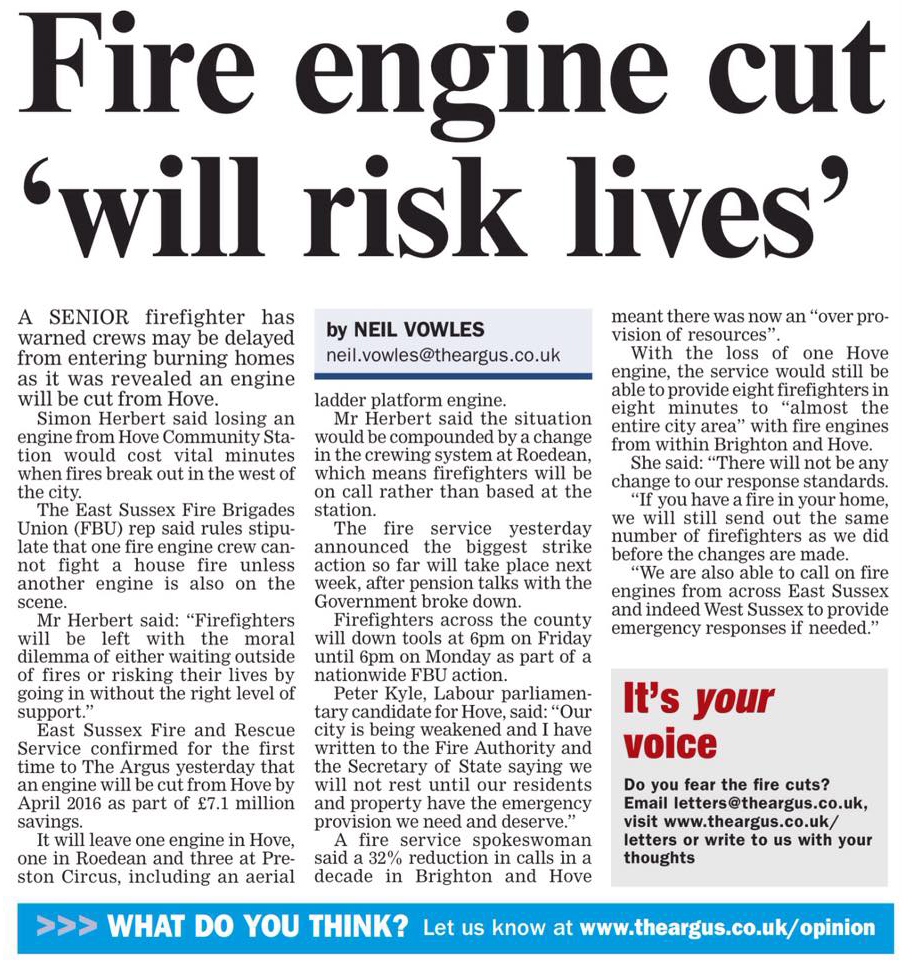 It means that our city will now have just four fire engines. Two nights ago six engines were called to the Metropole after smoke was discovered. In the future we’ll have to wait for provision to arrive from Lewis or even further afield (Shoreham is only staffed Mon – Fri daytime).

As soon as I heard I went to Hove Fire Station and spoke to firefighters for their views. Simon Herbert, a senior local firefighter told me that lives will be put at risk. Sometimes those lives at extra risk will be the firefighters themselves as they make the decision as to whether to enter a building before adequate equipment and personnel have arrived. This is a step too far.

Our fire service is an insurance policy on our lives and our property. Because we think accidents happen to other people and not to us it can make us complacent when these services begin to wither. But we are a city with a proud record of safety. We responded magnificently 30 years ago to the attack on the Conservative conference here. Our ability to do so again is under attack.

I’ve written to the fire authority and the Secretary of State on behalf of residents and I’m staying in close touch with our local fire service. I will work tirelessly to prevent our vital fire services withering to the point where your lives are put on the line. All the best, Peter