Last night I spent an evening that I will never, ever forget. Eva Geiringer Schloss, step-sister to Anne Frank came to Ralli Hall in Hove to watch a staged production about her life as a Jew under Nazi rule, about the decision to go into hiding, about Anne Frank and her diary, and about being captured and surviving Auschwitz. 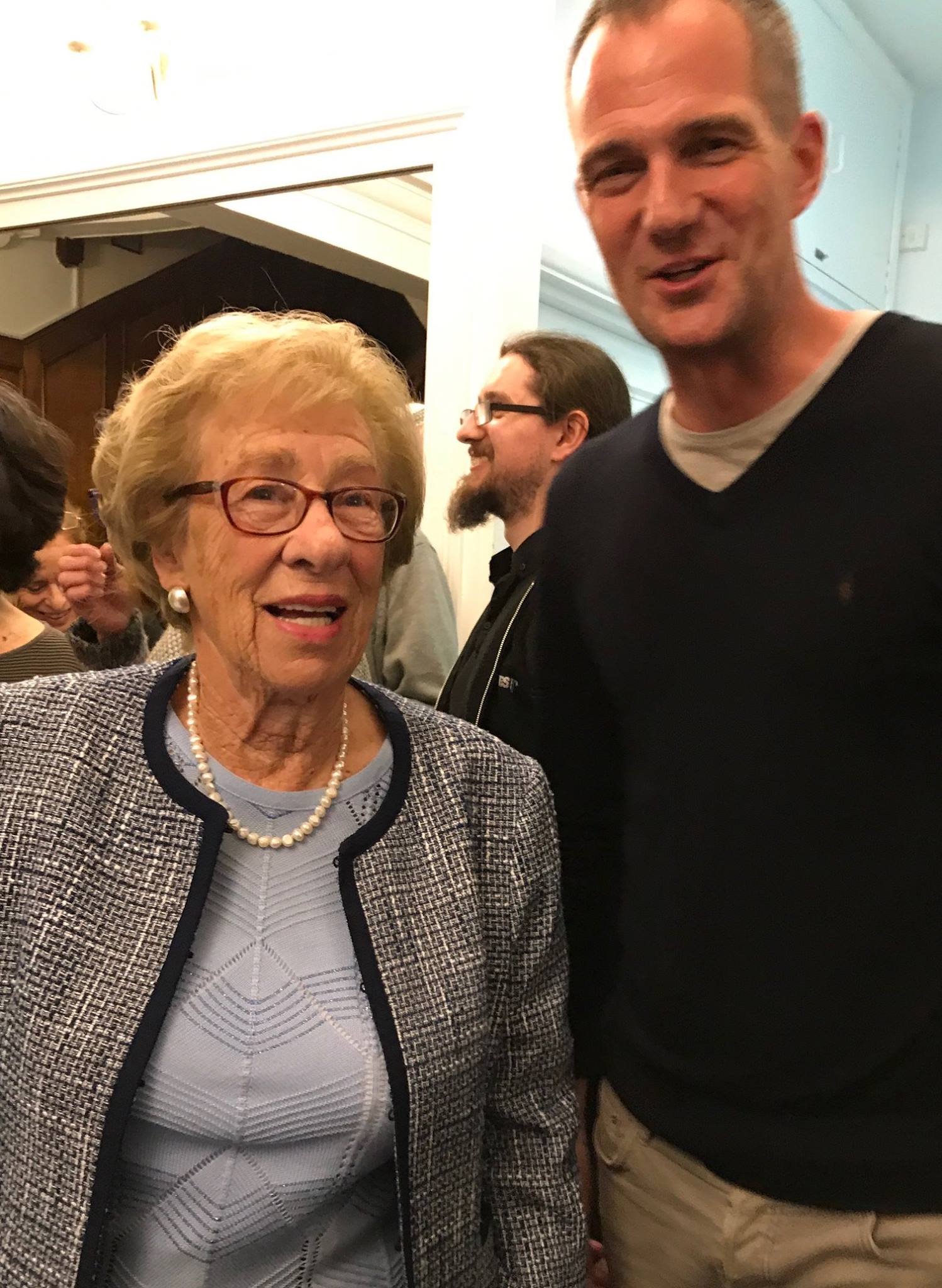 Mrs Schloss then took to the stage and took questions from a stunned and emotional audience.

I read Anne Franks diary as a youngster and I’ve visited the house where she went into hiding in Amsterdam several times. But to meet and talk to someone who was there with Anne and can talk in person about what it was like, well I’m lost for how to express how it feels.

She lived and spent a lot of time with the Frank family, but when they went into hiding they were separated into smaller groups so they could hide in smaller spaces. Someone informed on them and they were captured and deported to Auschwitz.
The sheer horror she experienced is simply unimaginable, but one aspect of her story is something that sticks with me and is within the bounds of our imagination.

Having survived two years of torture, famine, and threat of murder at Auschwitch, she was finally liberated. Her step-sister Anne had been murdered in the gas chambers just a few weeks earlier, other members of her family just days earlier. After all this she than had to make her own way home to the Netherlands. She walked, hitched, and had to ask to be allowed onto trains, busses and trams for free as she had nothing. The journey took her five weeks to complete.

The thing that makes me most emotional as I write this is the fact that sitting there with us last night, Mrs Schloss was the epitome of dignity, grace, and human resilience. At the age of 86 she spoke with clarity and purpose. That purpose is simple: listen to what happened to me, be shocked and learn from it.

She came to England in 1951 and was welcomed, but she asked us last night ‘how many child refugees will not be sitting here in 70 years teaching future generations because of decisions being taken today?’. She is angry about the hostility of some in power towards people making that same journey she did all those years ago. When I spoke to her afterwards she told me to work harder to protect children fleeing war, I promised her and I promise you, I will.