Standing Up For Commuters

After Richard Attenborough passed away I watched the movie Brighton Rock. It opens with the line “Brighton is a large, jolly, seaside town in Sussex, exactly one hour’s journey from London”.

That was in 1947. It’s amazing to think that over 65 years later that same journey actually takes longer if you are travelling in the rush hour. Of course things are different – for starters they weren’t carrying 34,000 people out of the city by train each morning in those days as we do now. But it’s still an arresting thought! 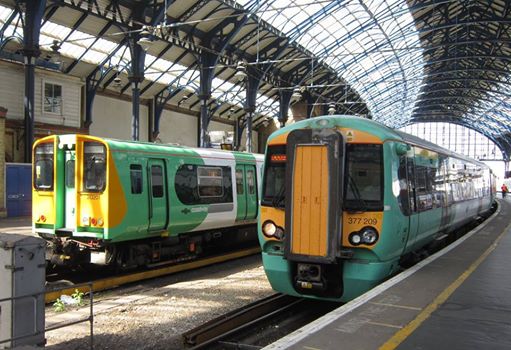 In recent years there have been improvements. I’m a commuter myself and have noticed them, such as new rolling stock, more regular services and capacity (particularly since extending the Gatwick Express), and a beautiful upgrade to Brighton Station. Heck, they even allowed me to put a piano in the station!

But there have been downsides to this investment as government sought to increase the percentage of investment from rail companies verses the Treasury which has been passed on to rail users in sometimes huge increases. Rail fares increased under Labour too – I’m not avoiding that fact – but at a time when wage inflation was not so chronically outpaced by the cost of living as it is today. Fares have risen a staggering 20% since David Cameron took office.

It has been announced that Southern Rail is to take over Thameslink to create a ‘super franchise’. Now I have nothing against competition or mergers when it serves the interests of consumers yet in this instance there are things I am examining very closely.

Thamelink currently offers much cheaper off-peak tickets to London than Southern Rail, mainly because they use older rolling stock. It is good that Southern have committed to upgrading this rolling stock but they will also ‘harmonise’ the fares which could mean an unbearable £664 rise for an annual season ticket and 74% rise in off-peak day returns.

I await details from Southern Rail about the exact plans for ticket pricing but I am resolute that passengers should not be penalised as a result of these mergers but benefit directly. This should mean increased services *plus* – not instead of – value for money.

Labour will cap rail fares, legislate for a public sector operator, devolve the running of regional and local services and deliver a railway which puts passengers first. These are policies I proudly campaign for on your behalf.