Farewell To A Legend

When someone dies aged 90, sadness is balanced by the knowledge that a life has been well lived. In Lord Richard Attenborough’s case it had been well lived and in full too.

From acting to directing to being chairman of RADA, he was a powerful figure in British artistic life and culture and his talent and drive influenced people across generations. 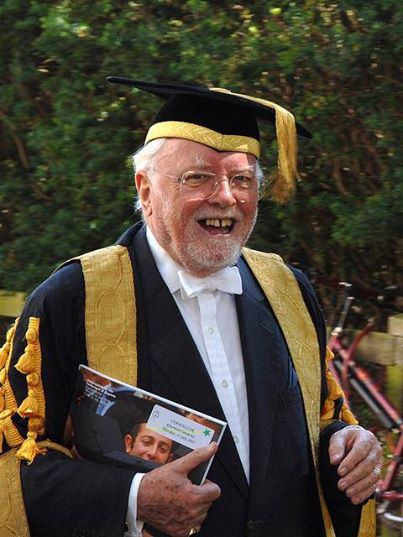 Richard was a towering figure in Brighton and Hove’s academic and artistic life too. He was heavily involved at Sussex Univeristy for forty years, many of which were spent as Chancellor. I know this from personal experience as he presented me with both my degree and PhD. I had done my doctoral research in South Africa, a country Richard Attenborough was devoted to. So as he handed me the certificate he had so many questions that someone had to discretely whisper in his ear ‘we’re running a little behind schedule, Chancellor’, to which he responded, ‘yes yes…just one more question…’.

People like Lord Attenborough don’t come around often. Now that he’s passed, his contribution to a city like ours can be assessed and I for one have no hesitation in expressing my gratitude for what his legacy has bequeathed us.