Children: The Ones Who Suffer Most In War

Like you I am horrified and deeply upset by the images and stories emerging from Gaza at this time. For me it also brings back memories of my time as an aid worker in the Balkans during the war years of the 1990’s. I saw first hand that while armies and militia wage war, it is the most vulnerable who suffer the most. And in conflict, just like in our daily lives, it is children who are most vulnerable and have a right to greatest protection. 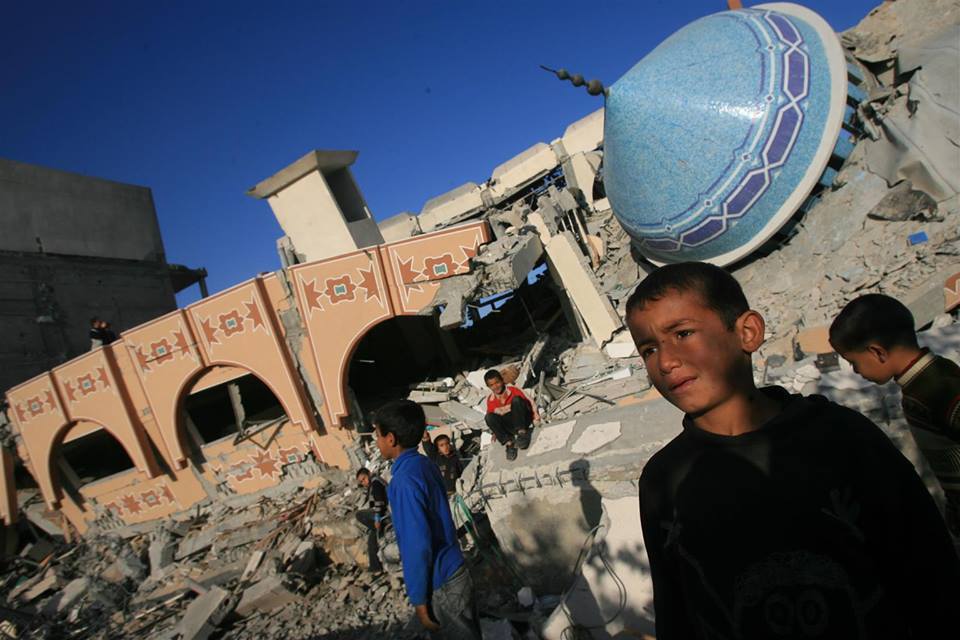 In 1990, at the age of 19, I went to live in a Romanian orphanage for several months. The horrors that had been inflicted upon the children living there are thankfully beyond most people’s imagining. The team I joined was only intended to be a temporary one, but the work that needed doing had to last for a generation. So a small group of us – all young and idealistic – formed an aid agency under the guidance of Anita and Gordon Roddick, founders of The Body Shop. Our mission was to care for children that were being affected by political instability or war.

From Romania we expanded to Albania, Bosnia and Kosovo where we worked with orphans, street children, institutionalised children, and refugee families. Time and again we saw how a child’s suffering counted least when wartime decisions were taken. From mothers arriving in refugee camps with weak and hungry children ill with stress, through to a home for blind children in Sarajevo that was shockingly being used as an artillery base to shell the city by Serb forces even while the children were still in residence.

We began the painstaking work of helping lives reassemble and become equipped for the challenges ahead. Most importantly though our agency was there for the longterm. We worked with the children in Romania, for example, right through to adulthood. Our organisation provided support that saw them through to the workplace or higher education, staying at their side until the institution itself was empty and abandoned, bringing to an end the horrors of institutional life.

24 years after starting that work, I can look back on its achievements. Remarkably, many of the small children from that Romanian orphanage – a place where neglect on an industrial scale had been carried out – are now grown up, happily married, and giving the love and tenderness to their own children that they had missed out on. Quite a few former orphans from that period are friends of mine on Facebook and its amazing to get messages and updates from them.

Others weren’t so lucky. Like one beautiful child who we supported through adolescence but took his own life after failing to adapt to life beyond his rigidly institutionalised early years.

I finished working for the aid agency in 2000 but it’s work continues apace today. It’s called Children on the Edge and is led by Rachel Bentley who has been in a leadership role there
from day one: www.childrenontheedge.org. It is very worthy of your support.

For myself and the others involved in the hard work in those early days the news reports of children suffering in Gaza are extremely distressing. There is simply no defence for the slaughter of children and the dissemblance of the emotional environment a child need to grow and develop.

I have been to both Israel and Palestine and met politicians from both places. I know from that visit nine years ago that both sides have degrees of right on their side and genuinely feel their future is under threat. So let me be clear on my position: Palestinians have a right to trade and development, to statehood, and a life free from housebuilding by Israel. And Israel itself has a right to statehood (denied by Hamas) and also the right to defend itself when under attack, and the security of knowledge that tunnels are not being built and atrocities planned on its citizens.

I am not a pacifist, indeed I saw during my time as an aid worker how military forces can liberate people and create the space where peace can emerge. But I cannot see the circumstances whereby military conflict will solve the long term problems faced by either Israel or Palestine, either in the West Bank or Gaza. It is possible that the military action being witnessed today will result in a stalemate or period of calm but I cannot see how it result in long-term peace and economic development. Indeed history suggests that the seething animosity will continue and erupt again.

Ultimately, a political process must overtake the military, just as it did in the Balkans, Northern Ireland, and parts of Africa that are now prospering after decades of strife. I’m not naive enough to think that either side in this conflict will be moved by the words of a political candidate in Hove. But should I become your MP you will have an advocate that can recall the humanitarian devastation of conflicts from first hand experience and advocate with urgency actions that respect the needs of the most vulnerable and powerless – the children – and for a long term political process even where conflict may rage in the present.