Official figures just released show that recycling rates in our city have plummeted by 16%, lower than they were before the Greens came to power. At 26.5% it’s half that of Barnsley, Hull, and most boroughs of London. The 2011 Green manifesto promised to get us to 70%. 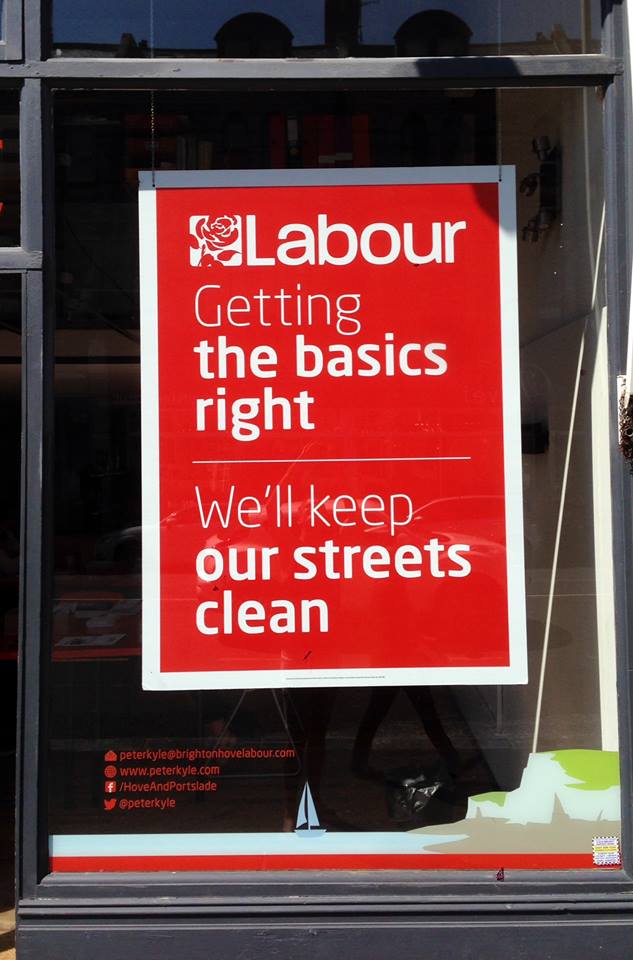 There are two important points here. The first is the damage that Caroline Lucas’ council is doing to our environment. Since they took control of our city recycling has fallen and rubbish sent to landfill has actually increased.

When it comes to the environment, the Green’s are driving us the wrong way down a one-way street.

Secondly, the Green Party wants to nationalise our rail services, our energy companies, and return all schools to local authority control. How on earth do they expect the public to trust them with these critical services, including running the NHS and tackling global warming, if they can’t even keep Hove’s streets clean and recycle our rubbish?

Like many of you I am deeply disappointed by the Green party in practice. I feel let down by them.

What will Labour do? I have had many detailed discussions with Warren Morgan, leader of the Labour group of councillors and council candidates. He talked me through his priority of ‘getting the basics right’ for our city. He will inherit a city that has been profoundly maladministered, so Labour will need to focus on the basics again: street cleanliness, homelessness, supporting small businesses and people in private rented housing just for starters.

Labour in Brighton and Hove has announced our intention to hold a ‘fairness commission’ that will enable you to help Labour choose our priorities locally if we are elected. Once we get the basics right we will have the foundations to get this city back onto its feet, taking pride in itself once more, and able to plan ahead with ambition and confidence. I look forward to that day.