Forgotten No More! Parents Make A Noise For The Mile Oak Rec

Brighton and Hove Council are lavishing investment in certain parts of town. £36m for the i360 in Regency (Jason Kitcat’s ward) for example, plus highly popular and welcome upgrades to play facilities in places like Woodingdean and St Anne’s Well Gardens in Goldsmid ward. But there is growing concern from residents in the outer reaches of the city that they are being overlooked.

Take the Mile Oak Rec in North Portslade. Four years ago this play area was ‘upgraded’, only the upgrade left the park worse off than before. Some equipment was a hazard and had to be removed. Strange rock ‘features’ were installed that are a danger to toddlers. A merry-go-round lacking handrails appeared that simply flings children off when it is spun. And almost comically, a rose garden was planted which was mown down a month later during routine grass cutting.

I have every reason to believe that the council is spending up to three times more in similar sized play parks in other parts of town and residents here have had enough.

I have joined forces with concerned parents and residents in Portslade to launch an upbeat campaign to redress this balance. Some feel that quieter parts of town, like Portslade, get overlooked…so we’re starting to make some noise! 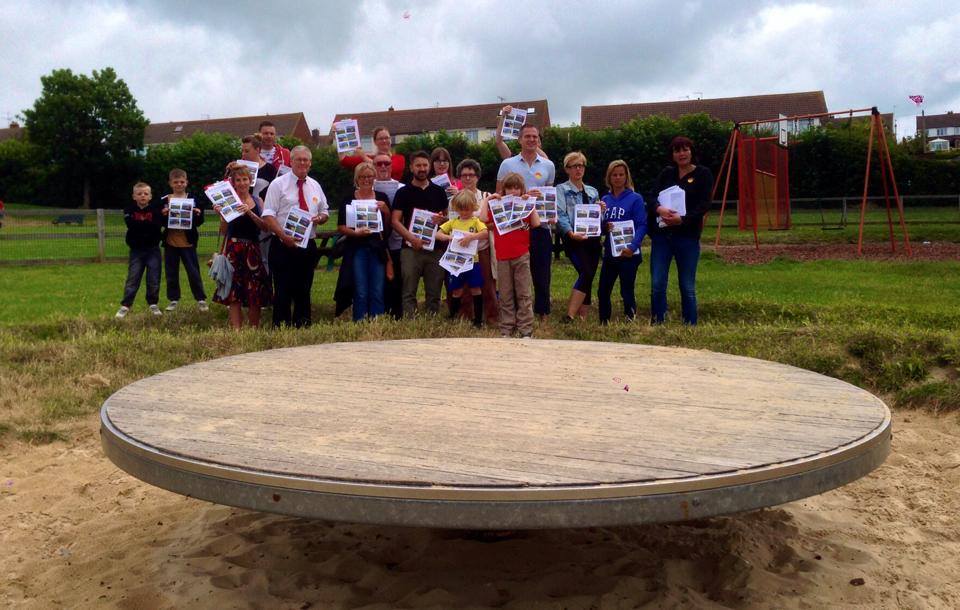 This weekend we delivered almost 4,000 leaflets to residents in Mile Oak and North Portslade. Several thousand more will go out this week. The leaflets spell out just how forgotten their local park is by the a Green council and Tory MP and invites them to sign a petition. If we get enough signatures it will trigger a council debate so we can draw attention to this problem.

I have also today written to Jason Kitcat, Green council leader, inviting him to the park and asking him to comment on the fact that the Mile Oak Rec is disproportionately underfunded.

Please help us by signing this petition: http://www.change.org/en-GB/petitions/brighton-and-hove-city-council-improve-the-equipment-and-safety-of-mile-oak-park

And here are some photos from our weekend of action, including a great shot of our youngest volunteer! Also here is a copy of our leaflet plus my letter to Jason Kitcat.

Only by working together can we shine a light on parts of our city that are overlooked, so please join in and lend your support to the young people of Mile Oak who desperately need decent outdoor space and play facilities. 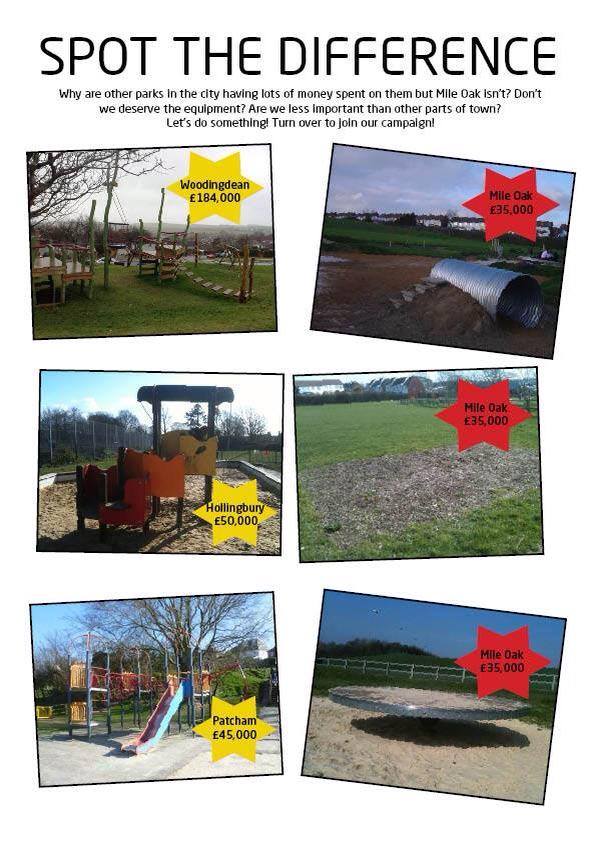