Half Way to New Crossing At St Peter’s School

Last September I joined parents to begin campaigning for road crossing improvements by St Peter’s school in south Portslade. Young students must cross a busy road used by industry from Shoreham Harbour without so much as a lollipop person to aid their safety.

Since then the  parents have been subjected to prevarication and broken promises by the chairperson of the council committee with responsibilities for road safety, Green Party Councillor Pete West. He promised an answer for parents by January and refused to explain why that and subsequent deadlines were missed. 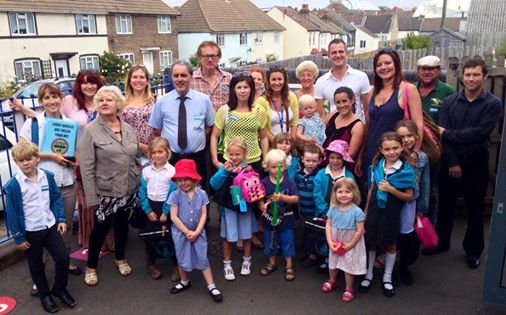 Yesterday I was pleased to participate in a public meeting arranged by parents and concerned residents at St Peter’s. Cllr West sadly declined their invitation, but a very helpful senior council official was able to attend and deliver some good news.

We were told that an investigation by the council had concluded that every single criteria for deciding upon the need for road safety improvements had been exceeded on the approach road to this fabulous school. Great news.

There now needs to be a consultation as to what type of road crossing is best suited and identify the correct place. This is understandable. But then the report with recommendations goes back to you-know-who – Cllr Pete West, in October, for him to decide whether to give the go-ahead.

We started our campaign under the slogan ‘Give The Kids A Crossing for Christmas’. What we didn’t realise was that under Cllr West’s leadership we couldn’t tell which Christmas it would be!

Here’s coverage of our campaign in today’s Argus and a photo from the meeting. The campaign will continue right up until we get the go-ahead so expect further updates soon! 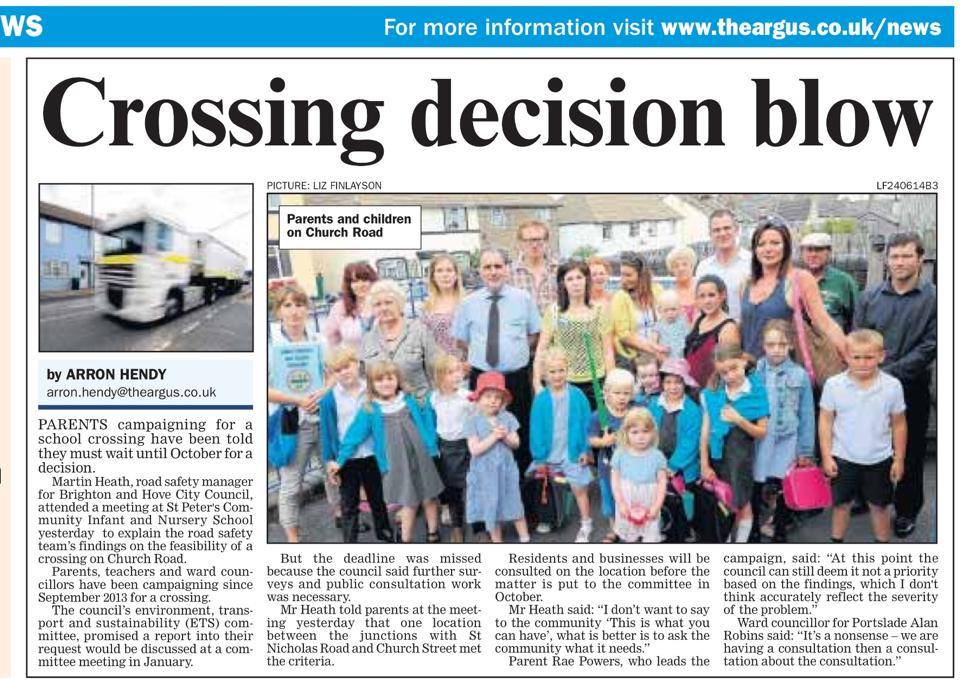