Community Campaigning in Hangleton and Knoll 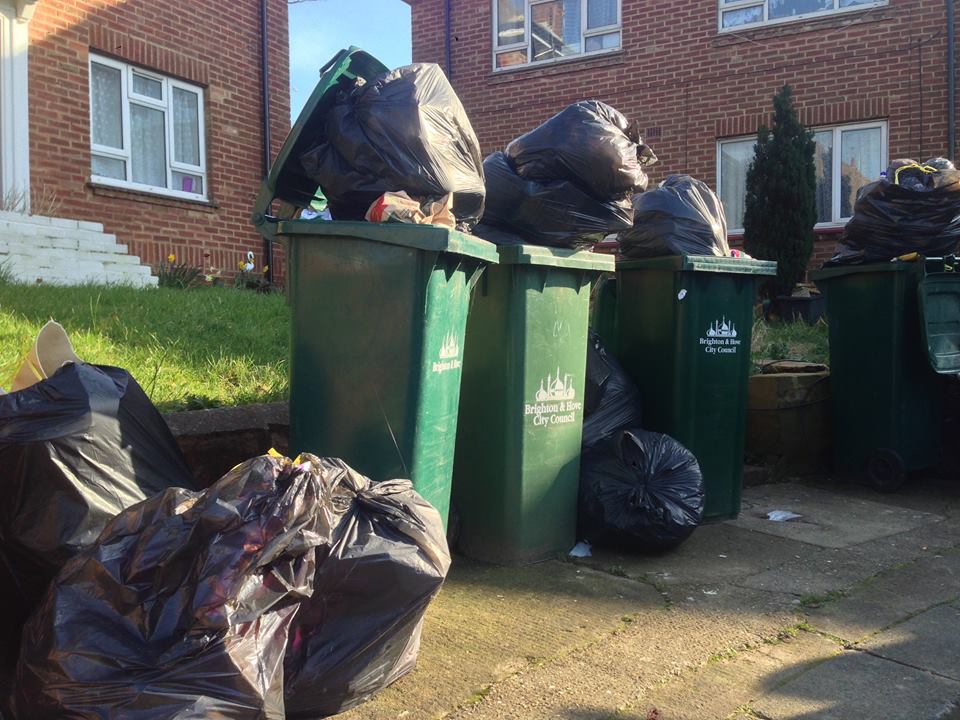 It’s not news to any of us that the Green council has a poor record on rubbish collection and recycling. After all we see the evidence all around …us in our neighbourhoods and the stats speak for themselves.

The council’s 2012-13 target for household waste sent for reuse, recycling or composting was 32% but they only managed a paltry 25% – half the levels achieved by Barnsley, Bromley, and Hull, for example.

But every now and then you see something that sets a new benchmark for the appalling standard of service many of us have come to expect from this Green council.

I spent the day talking to residents in Hangleton on Saturday 8th March, and was shocked by the piles of rubbish I saw in so many places. I stood in disbelief, however, when I went to Sherbourne Close. Pile after pile of rubbish awaiting collection, much of it rotting, infecting the neighbourhood with a terrible smell that residents were upset and angry about.

Almost unbelievably one home that had a special entrance installed to provide access for the family’s five year old child with special needs had been entirely blocked by mounds of rubbish. A photo of this is below. 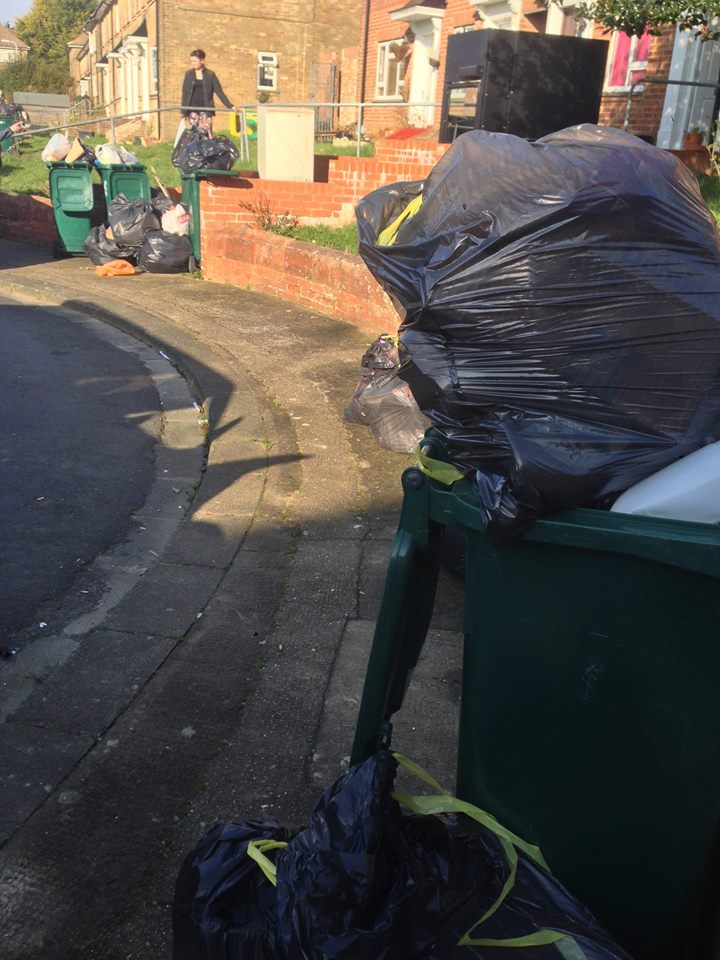 As it’s a cul-de-sac there’s nowhere else for it to go so refuse collection at regular intervals is important. The family’s mother, Faith, told me she had called the council ten times in the previous fortnight but nothing had been done. She said, ‘it’s like the Green’s don’t care about people who life in this part of town’.

The residents of Sherbourne Close are being forced to take car loads to the dump and paying the charge for disposal. I have written to Jason Kitcat, the Green council leader, to ask him to assume personal responsibility for this mess and clean it up as a matter of urgency. Residents in this street are hard working and want value for the hard-earned money given over in council tax.

This comes hot on the heels of the secretary of an apartment block in Wilbury Road that contacted me about the lack of refuse collection. In the end they paid hundreds of pounds to a private contractor despite collectively paying more than £70,000 in council taxes each year.

I have spoken with Warren Morgan, leader of the Labour group on B&H Council. He talked me through the plan Labour have for improving refuse collection and recycling. The sooner competence is returned to the street management of our city the better.