Now that Remembrance Sunday has passed I want to share with you a real example of what effect the Gagging Law, passed by the Conservatives and Liberal Democrats, has had on local charities. As it involves veterans I have waited a fortnight before sharing this to avoid embroiling this important annual period of reflection in a political row. 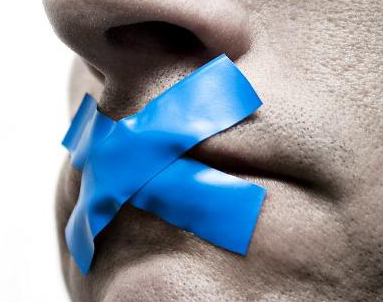 A short while ago my team wrote to a local charity that supports former service personnel saying that Dan Jarvis, Shadow Cabinet Minister for Justice and WWI Centenary Commemorations, was visiting and would love to drop in to meet staff and veterans. After all, Dan is a veteran himself. Here’s an extract of the response we received:

“We are now operating in what is known as the ‘regulated period’, which means that we have to comply with additional rules on political neutrality; therefore, we have to ask any political guests to kindly desist from publicising their visit as this could potentially be interpreted as party-political activity. I do hope that you understand. Also Mr Jarvis is not the area’s current local MP so we would also have to extend the invitation to the constituency MP. In addition, we would also have to extend the invitation to all parliamentary candidates standing for election within the constituency to avoid the risk of political bias.”

Have I just fallen asleep and woken up in North Korea?!

Just picture what this means in practice. The shadow cabinet minister for World War One Commemorations wants to have a moment to meet our local veterans to thank them for their service and listen to their views – but to do that he must also invite every parliamentary candidate in Hove & Portslade – turning the whole thing into a circus.

Can you imagine the scene as the shadow minister sits down for a quiet chat with a 90yr-old veteran whilst jostling for position behind him are: the local MP, me as Labour candidate, the Tory, Lib Dem, UKIP, Green, Monster Raving Loony and god knows what other independent candidates all breathing down his neck.

This is insanity. And worse of all it is designed to shut charities up, confuse them and scare them away from engaging with public debate for a whole six months before an election. The visit never happened so the Tory and Lib Dem law worked.

I hope they are happy with what they have achieved! In this case they managed to stop local service personnel from telling one of our country’s most senior politicians what it was like to serve their country in a world war, what it’s like to loose comrades in battle, what it’s like to return home and rebuild a life, and finally what it’s like to grow old as a veteran in 21st Century Hove.

Every veteran I have met has a burning desire to share stories to keep alive the memories of those who died so as to make sure their sacrifice was not in vein. And now we have a law which silences them.

The gagging law should never have been passed in this country and it shames Hove that our local Tories vocally supported it. I’m as proud as proud can be that Labour will overturn it the second we have the chance.