It’s taken me a while to post today because I’m so overwhelmed!

As so many of you will have known from all of the activity and door-knocking yesterday, almost 300 volunteers turned up to join the final day of my campaign which made it energetic, exhausting, and huge fun too. 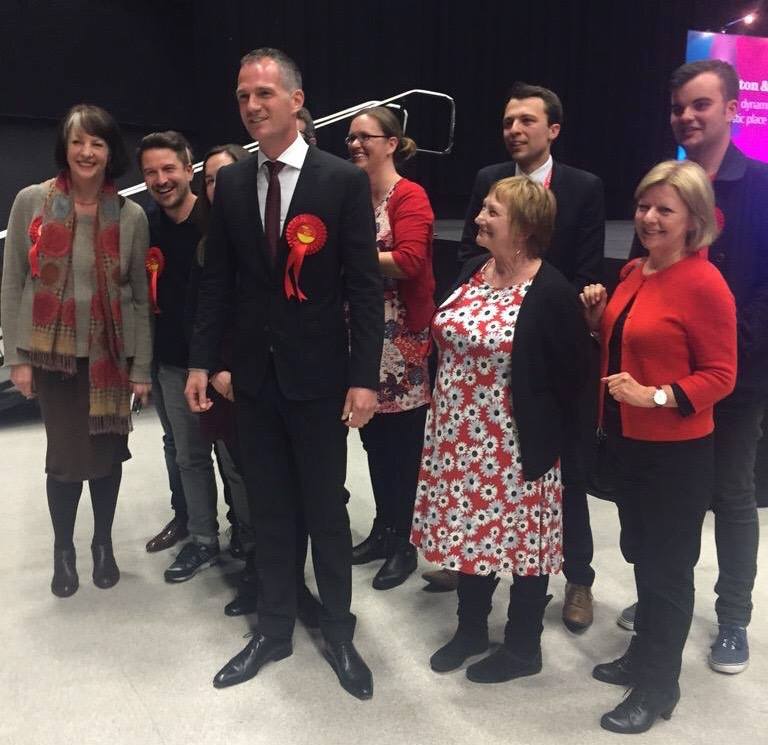 Last night was so tense as the exit polls were announced and the Hove and Portslade count began. I was told the result a few seconds before going onstage and my initial reaction was massive relief that I’d not let down all the people who had placed their hopes on my victory or given huge amounts of time to make it happen.

Graham Cox, my Conservative opponent, was very kindly the first person to congratulate me and he did so with grace which was a true kindness.

I have always viewed this two-year campaign as a race to the start line, not the finish line. I campaigned in a way that I hoped would show you what kind of MP I aspire to be – one that listens and is accessible, is energetic, and loves to ‘get things done’. Now that you have given me the chance I will set about becoming that kind of MP.

Thank you for supporting me throughout this campaign, for giving me the opportunity to make my case, and electing me to parliament as your representative. I realise that many of you have voted for the first time or voted Labour for the first time. Others didn’t vote, or didn’t vote for me. But to everyone who lives in Hove and Portslade I promise to work as hard as I can and to live up to the high expectations I know that you have of me.