This week I delivered my maiden speech in the House of Commons. I’d love to tell you that it was a walk in the park…but in truth speaking in the Commons for the first time is terrifying! 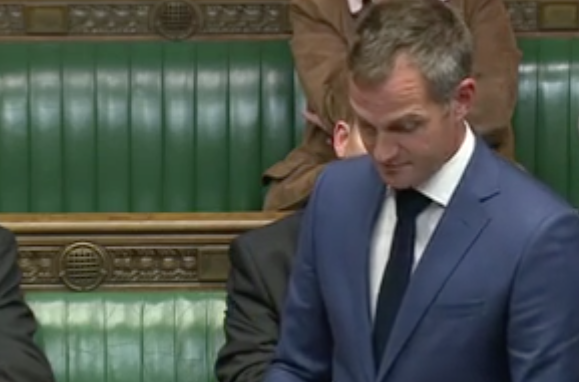 I had been sitting in the chamber for a full seven hours by the time I was called and was so dehydrated I was practically seeing double! My family where there in the public gallery which was amazing. As you’ll see, I had some things to say about my dad so it was really special to know that he was there in the chamber.

Mr Speaker sent a message to me a moment before I spoke saying I had to knock three minutes off my speech or he would interrupt me…so I had to edit the speech as I was actually giving it!

It’s all good experience as they say.

Now I’ve given my maiden speech I am allowed to participate fully in debates in the Commons. So straight away I tried to intervene on George Osbourne, but he wouldn’t give way to me! Next week we debate Europe and there are several key minister from other departments coming to answer equations – I’ll be getting stuck-in on your behalf.

Let me know what you think of the speech and the themes I chose to talk about (It’s only 5 mins so not too long!). All the best, Peter

PS after you’ve seen the video, look at how it was covered by the Daily Mail:  http://www.dailymail.co.uk//Brighton-plagued-immigrants-Lo