Getting Stuck In – Meeting The Rail Minister

At last the Commons is in session and I get the chance to learn the ropes and get stuck in! The Queen came to parliament today and I got to be a part of all the pomp and ceremony and then be in the Commons chamber for my first debate as the prime minister outlined the legislative programme ahead. 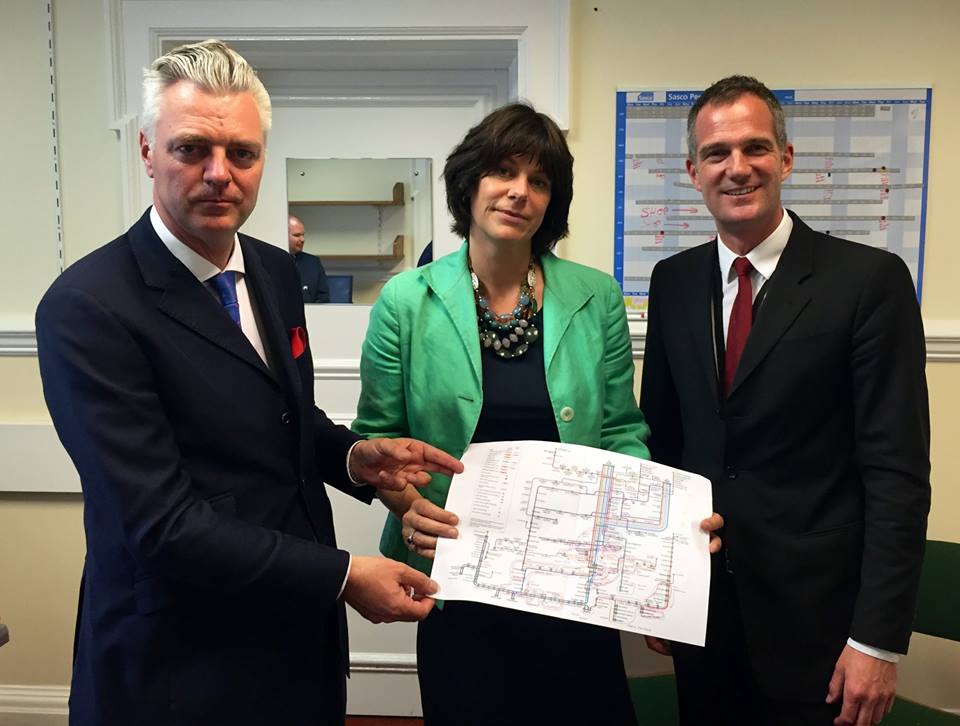 I’m not supposed to speak in debate until I’ve done my maiden speech, but I came very close to leaping to my feet during the PM’s speech when he talked about youth employment.

The debates for the Queen’s Speech last until next Thursday and I’ll be in the chamber a lot to listen to government plans and as soon as I’m able I’ll be expressing my views as best I can. I want to spend time in the chamber too so I can learn the ropes…there’s a lot of weird rules!

Despite this being the first day of business I made the most of parliament being in session and went to see the Rail Minister to express the deep – and often angry – concerns of local commuters about the state of our service.

I want to say thanks to Simon Kirby – the Tory MP for Kemptown – who kindly brokered the meeting. I really think it’s important our city’s three MP’s work together on key issues to deliver maximum impact for residents. So I’m keen to partner with our MP’s on issues where there is agreement. Caroline Lucas was also invited but sent an assistant due to another commitment.

The minister, Claire Perry MP, admitted that problems on the Brighton to London Mainline were not the fault of suicides and trespass, as is sometimes said, because they are below the national average on this line. Therefore there is scope for better organisation and administration to deliver improvements.

We pressed her on reliability, seating, and customer service.

She has agreed to deliver improvements in six months by convening a weekly meeting with her and the rail franchise, regulators, and a passenger representative body. Within a week the minister will tell me how she will measure success in that six month period so I can share the targeted outcomes with you. She has also agreed to keep me in close touch and meet regularly to update all three of the city’s MPs.

Please let me know know what issues or ideas you want me to press for in future meetings. I’ll use the access I now have to make sure your voice is heard loud and clear.

I’m going back into the chamber now to carry on! I write this from the House of Commons Library, one of the most beautiful rooms I’ve ever been in and the staff here have been fantastic in helping me get the data and research I need to prepare for the speeches and interventions I want to make on your behalf.