Bringing A Political Legend To Town

Few people have had a bigger impact on modern politics (and on one particular voter in the 2005 campaign!) than John Prescott.

He was in town today meeting residents and I had the chance for a quiet moment with him over a coffee. He’s as full of life and passion for politics as ever before. 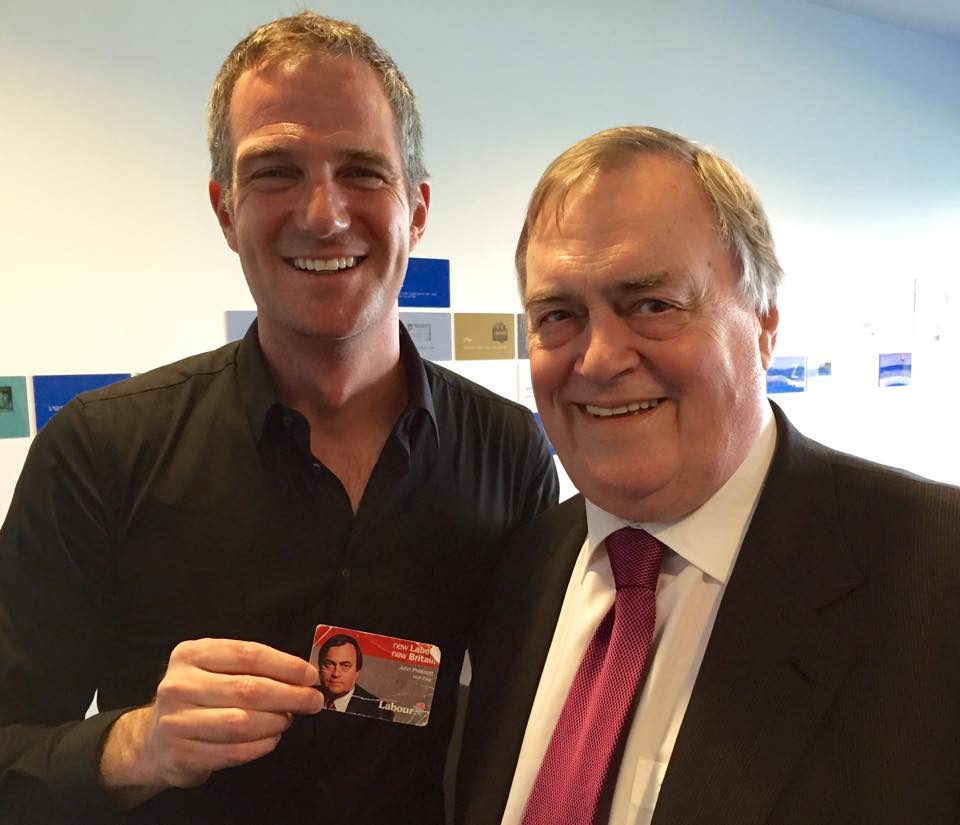 John told me to remember that politics is all about delivering change for people. He talked me through how the AMEX Stadium was achieved by working closely with fans and the community and resisting the strong political opposition of the time in order to deliver a bold vision.

He also talked to me about delivering through negotiation, and he used Kyoto as an example by talking me through the arduous process which ultimately delivered the results we needed to get climate change taken seriously around the world. People forget that John chaired that summit.

Quick as a flash he then produced the legendary 1997 pledge card! ‘See’, he said, ‘we have a record of delivering our promises and that’s what your job will be once you’re an MP’.

As a candidate I sometimes feel like an apprentice and this was one of those moments as I learn from one of the most authentic and passionate politicians of our time. In three weeks it will be up to you to decide if I graduate and have the chance to put it into action! All the best, Peter