Marriage is a now a universal right – we should all be proud! 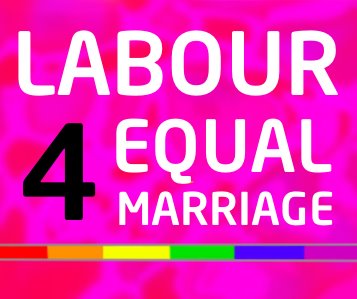 At midnight on the 28th March the equal marriage bill came into effect! In an age where so much public debate is given to those who want to exclude and divide people, t…his is a moment when we should pause for thought as our nation welcomes another group into one of the core institutions of our society. It shows our country at its very best.

There are political lessons too. Gay right campaigners and organisations executed an astonishingly well managed campaign over the last twenty years. From them we can learn lessons.

They were utopian in their ideals but pragmatic in delivery. Gay marriage was an end point, but equalising the age of consent and legalising gays in the military were the first steps in a campaign they knew would span more than a generation.

Campaigners took the public with them on a journey and that’s important. Government could not have done this alone – imagine if government had tried to legalise marriage in the 1990’s?! But in the end only government could deliver the legislation.

As we look to the future challenges we face as a nation, such as global warming and the obesity epidemic, similar partnerships between campaigners, civil society, and government will need to be formed as all of our attitudes and behaviours will have to be shifted in the same way.

For all our sakes I hope campaigners for those issues and many more deliver the kind of success we celebrate in same-sex marriage.