Delighted to pledge my support for Home Sweet Home campaign 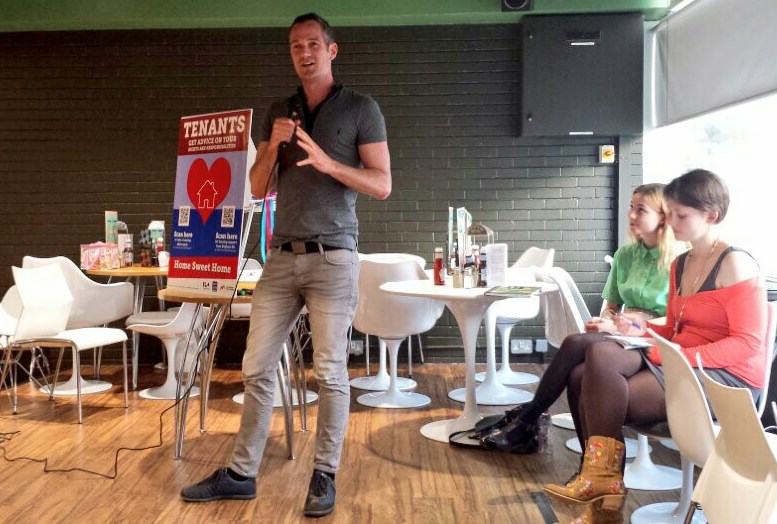 Wednesday 2nd April Peter attended, and spoke at an event hosted by Movement for Change – the ‘Home Sweet Home’ campaign, launched in the summer of 2013, aims to tackle rogue landlords across Brighton, and Hove.

The campaign which started as listening actions last summer, soon gained momentum, and attracted team leaders from Brighton and Hove Labour Party, Brighton and Hove Young Labour, Sussex, and Brighton Universities to name but a few.

Many of the team leaders spoke at the event about their involvement in public actions at Sussex campus, and undercover viewings of rented properties across Brighton, at which they were subjected to substandard accommodation, and pressuring techniques used by unscrupulous letting agents.

A call to action was